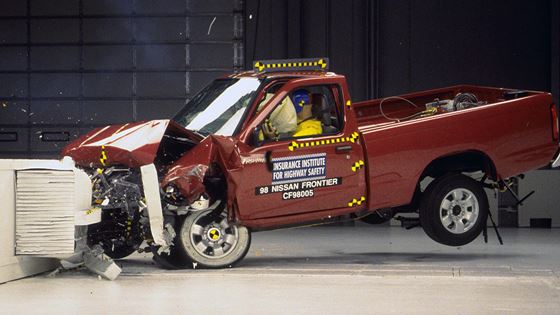 Motor vehicle accidents are one of the more common calls we go to. Even though they only account for 18% of our 911 calls, they are usually unpredictable and have to highest risk to the paramedics for injuries and screw ups. Not only do you have to deal with variables such as weather, number of vehicles, mechanism of injury and number of people involved. But you also have to deal with traffic and tight spaces. Most paramedics get back injuries while working in the field. High stress, people in pain and the public eye watching can cause you to miss calculate how heavy someone is or what angle you might be extracting someone from. What’s even more scary are power lines. In this particular call our 18 year old male patient drove straight into a power pole after losing control on icy roads. The power line detached from the pole and fell onto the hood of the truck. Upon arrival the firefighters warned us the potential of electrocution if we were to touch the truck while standing on the pavement.

This was a very stressful call for us. While waiting for confirmation from the hydro company that the power had been turned off our driver had a decreased level of consciousness and severe trauma to his head and neck. It was hard to tell where his legs were. He hit the pole directly on the driver side and all the windows had shattered in the vehicle. He was murmuring under his breath to open the door and pull him out, his legs were crushed under the dashboard.

Traffic was building up on both sides and bystanders were offering to help which made the situation worse. Less people know what the risks are and more people feel like they need to be the hero.

The man’s lips became blue as the cold had started to sink in. Eventually we got the green light and pull him out of the vehicle using the jaws of life. Famously known by firefighters, the jaws of life are a hydraulic apparatus used to pry apart the wreckage of crashed vehicles in order to free people trapped inside.

We strapped him to our spine board and started our way to the hospital. His vital signs began to stabilize with the use of direct pressure and we were able to control the bleeding. Other than some small pieces of windshield glass embedded in his forehead, the man was lucky and didn’t require any major treatment.

After visiting back a few days later we found that our 18 year old patient had been shipped to a larger hospital for bone reconstruction. He was expected to make a full recovery and be back on his feet in less than 6 months. The first snow fall is always the busiest day for paramedic because of the carelessness of driving on dry roads for the whole summer. We lose touch with caution when the roads get slippery and many people find themselves in the ditch or running into other vehicles. Canada is an interesting place where not a single person can escape this yearly phenomenon. Millions of people experience the first snow fall of the season and it amazes me how, in the grand scheme of thing, we end up relatively unscathed. For our 18 year old patient his story reflects all those people that were not as lucky. A six month recovery time could change anyone’s life with just a drop of carelessness on the road.